Introduction: As the Sun and the Wind

Memorial Lim Lian Geok is, in the first instance, a space to illuminate Mr. Lim Lian Geok’s character and style of work. It also acts as a monument commemorating the dignified and rightful struggles of the Chinese community in Malaysia. Furthermore, it is also a place to recall and reflect upon the founding ideologies of our nation. 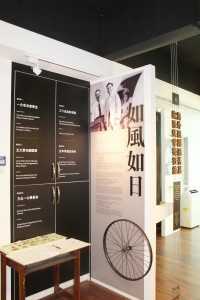 The Memorial is divided into five display sections, each with a unique theme. They are:
(1) An Ordinary Teacher who Left His Mark in History;
(2) Five Great Noble Deeds that Impacted National Policies;
(3) Thirty Comrades for Life;
(4) Epic of a Century of Chinese Education;
(5) United by the Singularity of Fund Building Purpose.

Besides the main exhibits there are video clips, literature and calligraphic works, statues and other relics that collectively depict the story of a man who gave birth to a popular movement, and a time of great personal heroism and national struggle. The works displayed here had once fanned the flame of change during the tumultuous years.

Today, they have become the icon of ideologies. They stand testimony to what the national history might have overlooked, and thereby preserve a place for all races in the annals of history.

Section 1:An Ordinary Teacher who Left His Mark in History

Long have I wandered, a stranger in the southern isles,
Whither the Springs and the Autumns all this while!

Born of a scholarly family Lim Lian Geok dedicated his whole life to learning and education; after coming south, he taught in many places, devoting his career to the education of local students.

Yet with gaunt pride I hold my head up high,
My soul unmoved where inducements lie.

During the anti-Japanese war, Lim Lian Geok took risk to save lives and defend the land; after the War he was tasked with re-opening Confucian Middle School which he did with great enthusiasm, leading the way by example. 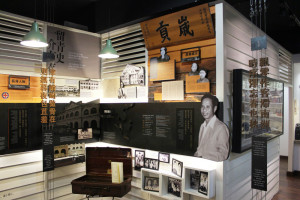 Let me scale the dragon with mighty dread,
My clenched fist over the tiger’s head!

In his mature years Lim Lian Geok’s heart was filled with a great sense of destiny, leading the people in the fight for mother-tongue education and the rights of citizens; fearless and unperturbed, he challenged the elites in order to preserve cultural traditions for the community thereby coming into his own.

That wretched flock over the sea,
With firm resolve I shall set them free!

Lim Lian Geok fought for his cause to the last breathe, even rebuking Tunku at his deathbed. In life he was greatly respected and in death, greatly mourned by the people. He was honoured as the soul of Malaysian Chinese.

During the 1950s when Malaya’s Independence was imminent, many voices struggled to be heard. Amidst the chaos and passionate debate, Lim Lian Geok took upon himself to lead the Chinese education and citizenship right movements, championing for the national founding ideologies of mutual acceptance and common development amongst the races. This section illustrate Lim’s work via literature divided in five different themes:

These works have laid the foundation for the cultural identity of Malaysian Chinese. In reviewing his works, one may gain a new insight into the meaning of Lim and Chinese Education in our national history, and thus rethink the narrative of our independence and nation founding.

While Lim Lian Geok had the strength of spirit to take on the whole country on his own, his achievement is inseparable from his many comrades who supported him without considering personal gains. These great personalities are noteworthy in their own right. 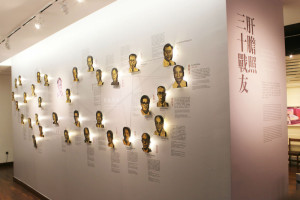 Selected to display here are 33 of them, among whom are included teachers, school inspectors, lawyers, journalists, entrepreneurs, politicians and community leaders. Some were his personal friends and fellow countrymen. They came from organizations such as teachers’ organizations, board organizations, the Ministry of Education, newspaper agencies, political parties and Chinese organizations. The success of a just cause is both measured by and due to its followers.

Section 4: Epic of a Century of Chinese Education

The story of a century of Chinese Education is one of great sacrifice and heroism and one of great determination and struggle. This portion of the exhibition divides this epic journey into 8 different eras, namely: the Era of Private Colleges, Era of New Education, Era of Regulation and Anti-Regulation, Era of Japanese Occupation, Era of Post-War Expansion, Era of Retreat under Homogeneous Policy, Era of Struggles for Rights, and finally, Era of Renewal and Pluralism.

Section 5: United by the Singularity of Fund Building Purpose

The late Lim Lian Geok emphasized many times, a national founding ideology of mutual acceptance and common development. After he passed away, 15 Chinese organisations immediately established the LLG foundation (registered as LLG Cultural Development Centre), to which the Chinese community responded with great passion. With the objectives to promote Lim Lian Geok’s character and to defend mother-tongue education, LLG actively organised cultural, educational and academic activities, and published literatures from or related to Lim Lian Geok.

LLG also develop the “Chinese Education Festival” into a common festival for the Chinese community. Since 2007, LLG expanded and conceived a Memorial Lim Lian Geok as a base to promote the spirit of Lim Lian Geok, and a future platform to promote mother-tongue education, cultural pluralism and the values of democracy and human rights, so that we may realise the ideal that Lim Lian Geok had pursued throughout his life.