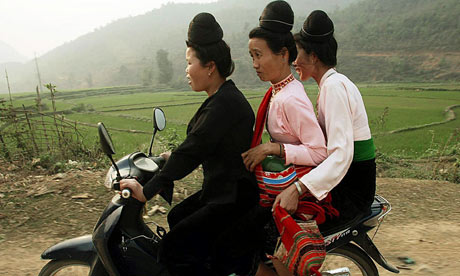 This month the world celebrates International Mother Tongue Language Day – not just a fond commemoration of culture and custom, but a reminder of very current tensions over language and education in developing countries. And the prominence of English as a lingua franca is at the heart of the problem.

The idea that English language skills are the key to unlocking access to professional training, investment and business opportunities is short-sighted. The impact of English might be immediate as a quick fix, but there are negative consequences for the longer-term development of a country and its people. Over the long-term it means widening the divide between those able to benefit fully from the education system and the opportunities that follow and those who are not, storing up social problems and limiting the contribution of vast numbers of people to the larger development aims.

People in schools, families and governments in many countries know that the way language is handled in basic education is not working. They know that many children learn very little in school, and that one of the main reasons for achieving poorly or dropping out is not being able to understand or use the language of teaching and examinations. This effect is most dramatic where there is poverty and poor teaching quality.

Children in these settings know this best of all, struggling through hours of classes trying to make a torrent of unfamiliar words make sense – or realising during an exam that they couldn’t pass because they do not understand the questions. Some never go to school, knowing that their language and identity will not be welcome. These issues are estimated to affect 221 million school-aged children worldwide.

The question now is how true multilingual education in Africa, Asia and Latin America can be made possible. The barriers are huge.

This month the UK-based education and development charities CfBT and Save the Children publish joint research into work being done to spread mother tongue-based multilingual education projects across school systems. This has highlighted many of the problems, but also the most effective ways to make the change really happen.

Our aim has been to identify the kind of approach that would create the right balance: respecting communities’ rights to maintain and develop their own cultural identities and languages while also promoting strong skills across the curriculum and in “prestige languages” considered important for taking up economic and social opportunities.

Our research focused on two well-developed multilingual education projects run by Save the Children with local partners in Vietnam and Bangladesh, as well as material from government-led projects in Andhra Pradesh and Orissa in India. Talking to teachers, NGO staff and academics, we found that a recurring theme was the fear, shared by government, school leadership and parents, that by reducing second language use in schools young people would become less skilled in languages that may have special status at regional, national or international levels.

Local officials worry about implementing any policies without central approval. There are problems with recruiting teachers with mother tongue ability, and doubts over the cost of implementing complex multilingual systems. Ultimately the problem is the lack of demand from the top of education systems, only a concern with driving short-term economic improvement projects.

The major reason for the failure of multilingual education programmes appears to be lack of understanding of their importance. Government and education leaders need to be presented with the evidence from pilot work, and from countries with similar contexts, that using the mother tongue as the medium of instruction for as long as possible at primary level, while gradually introducing a second language, helps students to acquire second language skills more quickly and effectively.

Multilingual projects can also be hampered by rapid changes of education personnel while new approaches are tried and established. The development of clear guidelines for policy implementation and cascaded training will help address this.

Success of multilingual schemes will be helped massively by finding and developing teachers who can use the children’s language confidently. It is imperative to get speakers of minority or local languages into teaching wherever possible, and as soon as possible.

Education and finance ministries should target resources at areas where data indicates that ethnicity and language is a key factor in poor school achievement and retention. In those areas local education authorities should be given autonomy over how they deliver education so that they can meet local needs in reaching national standards.

Finally, it will be essential for key stakeholders to recognise that strong demands for national or international languages, such as English, will only be met through carefully introducing second languages to children as part of learning activities across all the thematic areas of the curriculum, rather than delivering the whole curriculum in those languages.

Susy Ndaruhutse is CfBT Education Trust’s principal international consultant. The report, Reflecting language diversity in children’s schooling: moving from “why multilingual education” to “how?”, is available at www.cfbt.com