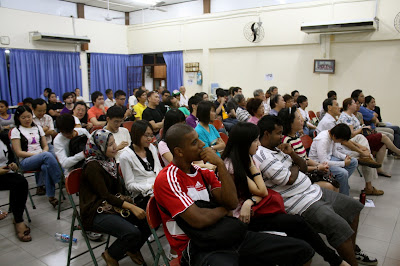 The young and enthusiastic audience.


LLG is relatively new in Penang.  However the national – body has been formed on 28 December 1985 by 15 leading Chinese organizations to commemorate Mr Lim Lian Geok, the most revered Chinese Educationist in Malaysia.  Mr Lim Lian Geok was a teacher in Confucian Chinese School since 1935 until 1961. Due to his strong opposition and campaigning against the 1960 Rahman Talib Report and 1961 Education Act which required all secondary schools to teach in English or Malay, the government then revoked Mr Lim Lian Geok ‘s citizenship and teaching license.   Mr Lim continued his fight for mother tongue education and equal status for all ethnic cultural rights till his untimely death in 1985.  To date the Malysian government has not reinstated his citizenship status albeit posthumously .

Datuk Dr Toh Kin Woon, a well-respected former State Executive Councilor of Penang , is now the President of the LLG. 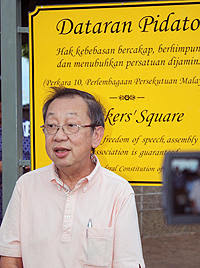 The “Gadoh” movie screening session is one of a series of activities initiated by LLG to mark the 53rd Merdeka.  The other major activities carried out by LLG recently include: 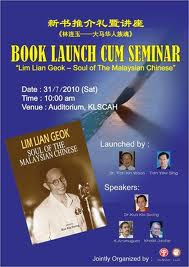 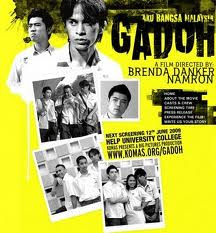 Gadoh is a 70-minute feature film that explores our perception of identity and challenges our hatred of the “other”. It is produced by KOMAS, a Malaysian human rights organisation and directed by Brenda Danker and Namron. 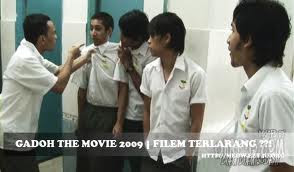 Gadoh tells a story of a group of teenagers who fought each other along racial lines; a cycle of hatred and violence further escalated by their environment and school system.

What was to be a quick resolution to improve the school’s bad image was taken as an opportunity for one teacher who believed that real change was possible. She ropes in the help of an old friend and reluctant maverick theatre activist for this arduous task.
Through the joint effort from Sembang-Sembang Forum and SUARAM the screening session was able to reach out to a broader spectrum of participants to the screening session.  There were about 90 persons who attended the screening session. 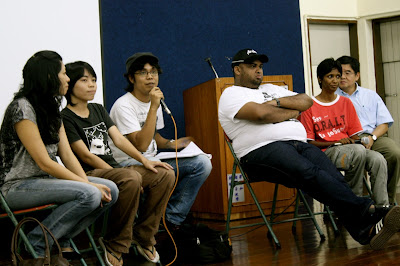 After the movie had ended the film producer , Brenda Danker, and the screenplay writer, Ah Chong, along with three other young viewers, Kin Yin, Rozaimin and Anne were invited to give their comments.

Recalling her university days, director Brenda Danker felt that there were never any real avenues within the social and education system to openly discuss and address our differences as Malaysians of different cultural and religious origins. More often than not this is regarded as taboo. She said that this is precisely why Gadoh was produced.

An audience asked why Gadoh chooses “play acting” by the students to express the sensitive subject of racial stereo-typing.  R Cong explained that there can be many ways of approaching the subject.  He wants to avoid having an outcome of winners and losers and so getting students to involve in play-acting allows for all to participate on equal footing.

The three young viewers in turn shared their experiences of harmony, tolerance and mutual help amongst different races whilst growing up in their respective kampongs and villages.  However, racial division and mistrusts are more acute at work places, urban cities and even in university campuses.
The sharing and discussion was lively and actively participated  from the audience.

The organisers are pleasantly surprise to see the screening session being attended by such  an enthusiastic group.  Remembering that most of us stop watching local Malay movies since the P Ramlee days, Gadoh indeed throws a breath of freshness.  It is most encouraging to see young play-wrights and directors bold enough to face the subject of race head-on.

To quote one of the Board of Directors from Komas, Jerald Joseph:

” Going beyond the apparent is what this movie provokes us to do,” He believed that Malaysian society lacked understanding of the root causes of these conflicts.

“What boxes us up as ethnic-based groupings? Is it because of the entrenched National policies? Unfounded fears of prejudice? Or having a shallow interpretation of history?”

“The time is ripe to move beyond ‘Gadoh’ among different races and to reaffirm faith in humanity as equal Malaysians,” he said.